Your student will progress through three years of English Language Arts (ELA) with me, and it is my goal that by the time students leave me, they will have grown in this subject area and are well-prepared for the challenges honors or AP classes will bring. The content areas covered by ELA include literature, reading, writing, grammar, oral language (public speaking) and vocabulary.

Sixth- through eighth-grade ELA classes use the Wordly Wise vocabulary series to build a solid vocabulary to support reading and writing growth. At OLPH, all the teachers use the Easy Grammar series to teach grammar concepts directly, and this series aids as a clear and definitive resource on the mastery of grammar. Direct instruction of grammar allows students to understand grammatical issues in writing, leading to strong writing skills.

As a lifelong reader, I am proud to say OLPH has a strong culture that values reading, both for the adventures a good book can take us on and as a way to become strong, productive, articulate citizens. Accelerated Reader (AR), or independent reading, is also an important component of the ELA program because it allows students to practice and improve mastery of reading at their pace.

The sixth-grade theme in ELA class is “What is the object of our quest?” My quest with the sixth-grade students is to help them learn to fit into the challenges of middle school. Students focus on learning time management, calendar skills, study skills, and how to organize sixth-grade life.

In sixth grade, students are exposed to various genres. They include mythology, focusing on The Adventures of Odysseus by Hugh Lupton, fantasy and wordplay with The Phantom Tollbooth by Norton Juster, and survival stories with Hatchet by Gary Paulsen. The Hatchet unit also integrates other nonfiction books Paulsen has written that connect his personal experiences with the main character of Hatchet. Wonder, realistic fiction, helps students learn about the importance of choosing to be kind. In the genre of historical fiction, Al Capone Does My Shirts deals with the main character’s struggles with an autistic sister while living on Alcatraz Island in the 1930s. During novel studies, students learn about the characters and how they change. Tracking the plot and charting the characters’ reaction to events in the story help students understand the theme of a story. Sixth-graders also work on summarizing what they have read and integrating information into creative writing. Writing newscasts and personal histories round out the year.

The seventh-grade theme is “When is it time to step up?” This year, students also read novels, including The Giver, The Wednesday Wars, Booked and The Boy Who Harnessed the Wind. Seventh-graders analyze the writer’s purpose and discuss the character’s decisions and the resulting outcomes; what made it time for that character to step up? They also watch the movie version of a book and write a compare-and-contrast essay focused on why the director kept or changed key elements in the making of the movie.

The seventh-grade units include poetry and debate. The poetry unit exposes students to all types of poems and encourages them to find their voice in creative writing. They also learn about the elements of poetry, including theme, symbols and poem structure. Booked by Kwame Alexander is written in prose and complements the poetry unit well with its format, creativity and themes.

When we begin the debate unit, I acknowledge that the ability to argue is a skill most seventh-graders excel in naturally. This is the year we take that natural ability and hone it into a more sophisticated life skill, writing research-based arguments for both sides of an issue and presenting it orally to persuade an audience. Students learn critical-thinking skills, which will feed into the next year with Mock Trial.

Eighth-grade ELA is a fun and rigorous year full of growth and new experiences. The overall theme in literature is “Our voice makes a difference in the world.” The literature eighth-graders read and the skill units they participate in allow students to explore possibilities both at and beyond OLPH.

The balance between novel studies and skill units in eighth grade makes it a challenging but interesting year. The novels students read include The Outsiders by S. E. Hinton, Stickeen by John Muir, The Wave by Todd Strasser, The Diary of Anne Frank (play) and the Lord of the Flies. Throughout these novels, students analyze the literature looking for character development, figurative language, theme, symbolism, and how these elements are impacted by plot and dialogue.

The skill units are based on life skills that help students become well-rounded citizens. The first unit, public speaking, is an important aspect of many jobs. Eighth-grade students learn to recognize rhetoric and persuasion techniques, and they watch famous speeches to analyze what makes a compelling speaker and an effective speech. Students put their learning to practice by writing speeches that reflect future real-life tasks, such as a celebratory toast or a presentation to an employer. These skills carry through the rest of the year in the marketing unit and the law unit, during which students learn the principles of each discipline and apply them. Teams take a product and create a marketing campaign for it, including commercials, budgets, personas and specific advertising strategies to reach customers. Students present their work to a panel of community business leaders hoping to be hired. Law partners receive a legal brief and try a case against other students, hoping for a verdict in their favor. Professionals in law enforcement, judges, lawyers and even jury members come to class to speak to the class about their experiences.

Supplies will be given to the student’s homeroom teachers.

The middle school teachers want your child to be successful. One key factor in achieving this is organization. We would like you and your child to discuss what might be the best approach to organizing papers and work. There are four options we recommend because we have seen a significant percentage of students be successful using the following tools.

Pick one of the options below:

We DO NOT recommend large rolling backpacks. It is our experience that sixth-graders have trouble the first month or so remembering what to take to each class, but our students figure it out eventually. When students have rolling backpacks, they tend to put everything in the backpack rather than learning to prepare and differentiate.

Make sure that your child has reliable access to the internet and a device with a camera and microphone to complete work digitally when at home for various assignments.

Please be aware that some of the supplies below will need to be purchased throughout the year, as needed, to be used at home and at school.

Please label the following supplies with your child’s name:

Summer is an excellent time for hanging out with friends, watching obnoxious TV, going on trips and catching up on the reading you enjoy. You will create a summer reading list of only two books by picking one item from each of the two categories below. You may read the book in any format you choose — digital, audio and, of course, physical.

When it comes to taking tests, you have two choices: You may come to school to take the test on the dates published for the summer reading program, or you can wait until we return to school and take your tests then. (The problem is, you might forget what you read at the beginning of the summer, so you will need to review the books to be sure you are ready for the test.)

Summer reading is the first grade you will receive from me. The AR tests are due on August 17, the first day of school. All AR tests must be taken at school, or they will not count toward your grade. Each test will be worth 10 points for a total of 30 points. You must score at least 85 percent on these tests to earn points. These tests will not count toward your first quarter AR goal.

Category One: Find an Author

Pick one book by any of the following authors:

Lois Lowery  (not The Giver)

Gary Paulsen (4.8 and higher, not Hatchet)

You may choose any book you would like, AS LONG AS the AR level is not lower than ATOS 4.8 or Lexile level 775.

All students must read one of the following unabridged books from this list. Choose wisely!

The Metamorphosis by Franz Kafke

To Kill a Mockingbird by Harper Lee (The audio version is stellar!)

The Book Thief  by Markus Zusak

The Pearl by John Steinbeck

Travels With Charley by John Steinbeck

The Boy Who Harnessed the Wind by William Kamkwamba

The Chocolate War by Robert Cormier (It’s not about chocolate!)

A Tree Grows in Brooklyn by Betty Smith

Their Eyes Were Watching God by Zora Neale Thurston

Baseball in April by Gary Soto

I Know Why the Caged Bird Sings by Maya Angelou

All Is Quiet on the Western Front by Erich Remarque

And Then There Were None by Agatha Christie

The Chosen by Chaim Potok

Pride and Prejudice by Jane Austen

The Contender by Robert Lipsyte

We Are the Ship by Kadir Nelson

Where the Heart Is by Billie Letts

The Grand Escape by Neal Bascomb

Reign of the Fallen by Sarah Glenn Marsh (Zombies!)

The Boys in the Boat (young people edition)

The Other Wes Moore by Wes Moore

Fault Lines in the Constitution by Cynthia and Sanford Levinson

Rising Water: The Story of the Thai Cave Rescue by Marc Aronson

Pick one book by any of the following authors:

You may choose any book you would like, AS LONG AS the AR Lexile level is not lower than 775 or ATOS below 5.8.

(Please note, reading Cliff or Spark notes does not ensure you’ll pass the test. The people who write these AR tests also read the summaries and will include several questions that are not in the summaries.)

Please do not read the following books because we will read them as a class in middle school:

Eighth Grade: The Wave, The Outsiders, Lord of the Flies 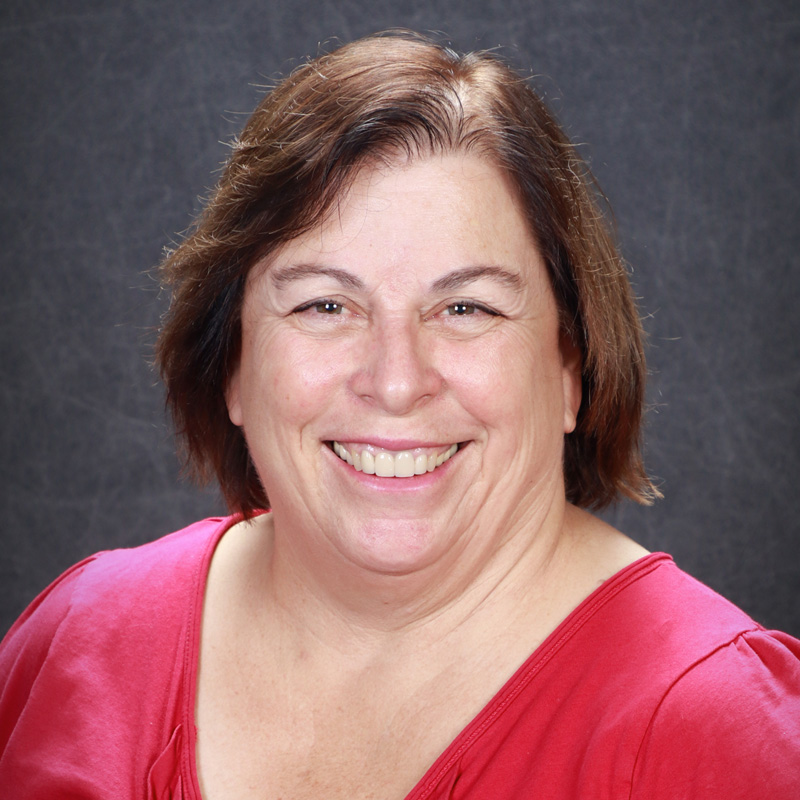 Growing up in Southern California, I attended St. Eugene’s and St. Bernard’s Catholic schools. My parents were so matter-of-fact about my going to Catholic school that I took for granted the sacrifices they made for me to receive a Catholic education. I am grateful for the opportunity to absorb both academics and develop a strong faith in God. The education I received resulted in a strong personal foundation that enabled me to live a productive and joyful life.

My dream job is teaching English Language Arts to middle school students at OLPH! It allows me to honor my parents’ sacrifice by helping my students develop essential academic skills in ELA and providing my students with opportunities to deepen their faith and identity as Catholics.

I am blessed to have a job I love in a wonderful parish school community.